US Federal Trade Commission (FTC) has disclosed that in the first nine months of 2021, $148 million was lost by consumers to gift card scams. Gift card scams are fraudulent activities that ask victims to make payments using gift cards. According to the FTC, nearly 40,000 consumers reported making payments in gift cards. Victims do not realize they are dealing with scammers and believe they are paying legitimate companies or government organizations. 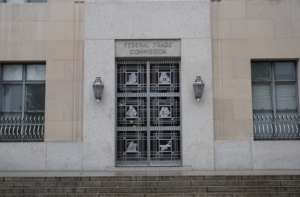 According to a report by the FTC, one in four fraud victims who made a report in 2021 say they were tricked into giving scammers the numbers on the back of gift cards. From January to September 2021, nearly 40,000 people reported gift card scams. It’s estimated that victims lost $148 million in only nine months. And considering that many people either do not realize they have become victims of scams or they don’t report them to authorities, the losses are likely significantly higher. The losses are already much higher than those reported in 2020.

Scams are classified as gift card scams when malicious actors ask for payments in gift cards. These kinds of scams usually involve scammers calling victims and claiming to be from legitimate companies or government agencies. In some cases, victims are tricked into calling the scammers themselves. For example, tech-support scams typically show users fake virus alerts and ask users to call the shown phone number to receive tech support. Professional scammers posing as technicians from companies like Apple or Microsoft then pretend to remotely fix computers and demand hundreds of dollars in payments using gift cards.

Other scams that ask for payments in gift cards include scammers pretending to be law enforcement or tax agencies, as well as bank employees. One of the most popular scams involves scammers claiming to be from the police or some other authorities. The malicious actors may claim that users have committed some kind of crime or failed to pay a fine in time. Users would be threatened that to avoid jail time, they need to pay some amount of money in gift cards. A similar scam involves users getting a screen locker malware on their computers that claims they have been caught watching child abuse videos and thus need to pay a fine in gift cards to avoid repercussions. FTC’s report also mentions a scam where scammers pretend to be the Social Security Administration and threaten that victims’ bank accounts would be frozen in order to carry out an investigation. To secure their money, victims are asked to buy gift cards. Scammers can also pretend to be romantic love interests, friends or family, lottery companies, etc.

Logically, paying fines to avoid jail time using gift cards makes no sense. Particularly when it comes to very serious crimes like having child abuse material. However, when faced with an urgent situation, many people act irrationally, even if they realize they have not done anything illegal. Furthermore, targets of gift card scams are often the elderly who know very little about how gift cards and computers work.

Gift cards are the preferred method of payment for cybercriminals because they cannot be tracked to them and allow them to keep a level of anonymity. Furthermore, even if victims realize they paid scammers, they would not be able to reverse the transactions. Scammers also have preferences when it comes to gift cards. According to the FTC report, the first nine months of 2021 saw over twice as much money lost via Target gift cards than any other gift card brand. Target gift cards were followed by Google Play, Apple, eBay, and Walmart cards.

In order for the scams to have a much higher chance of being successful, scammers often use various manipulation techniques. For example, they will insist that victims stay on the phone while they buy the gift cards to ensure that they do not contact anyone who would reveal the scam. They even coach victims on what to say at the register when buying the gift cards. Many shop employees are aware of these scams and may ask questions if they notice someone buying gift cards high in value.

While it’s likely due to more people reporting gift card scams to authorities, gift card scam losses have been increasing since 2018. Median losses have increased from $700 to $1,000 since 2018. FTC also notes that the losses vary by card brand. For example, victims lost $2,500 on average to Target gift card scams in the first nine months of 2021. And 30% of people who paid in Target cards reported losses of $5,000 or more.

It goes without saying that when someone claiming to be from law enforcement, government agency, or any other type of company or organization asks for payment in gift cards, it’s a scam. Always. It’s recommended that victims of gift card scams always report these scams to authorities. It helps spread the word of ongoing scams, which may prevent future victims.