Driver Support – How to remove

Driver Support – How to remove

What is Driver Support?

Driver Support refers to a potentially unwanted program (PUP), advertised as a system optimization tool that finds drivers. While it is a somewhat legitimate program, it has a lot of questionable features that annoy users, hence why many refer to the program as Driver Support . 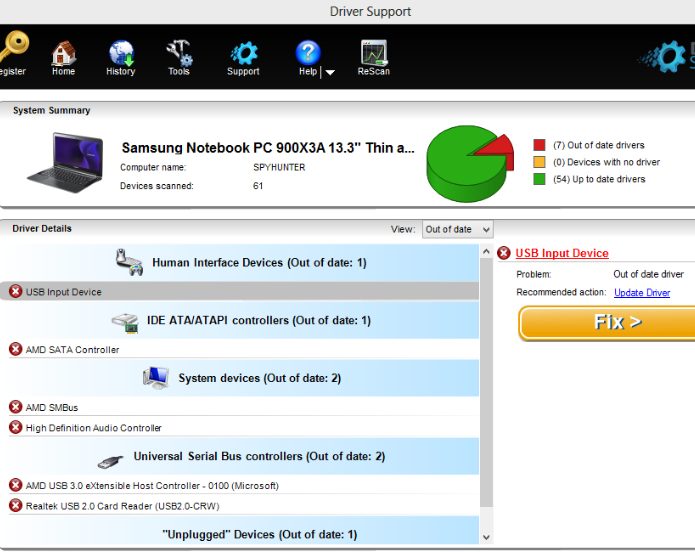 Before we proceed, the classification PUP does not mean a program is malicious and that it will harm the computer. The reason Driver Support is classified as potentially unwanted is because it uses questionable distribution methods such as software bundling, and may use scare tactics to encourage users to purchase the full program. But Driver Support will not harm your computer.

A lot of users do not recall installing Driver Support and are surprised when it suddenly appears. While it does sneak into the device, it can’t install without users’ permission. Unfortunately, using software bundling allows programs to get the permission without users even knowing. We will explain this and how to avoid these unwanted installations in the future in more detail later on, but in short, Driver Support is attached to free programs as an additional program that is permitted to install alongside.

We recommend you delete Driver Support , especially if you do not remember installing it yourself. While it’s not a malicious program, its questionable behaviour should not be tolerated.

How does Driver Support install into computer

The program does have an official website from which users can download the program. However, it also seems to use software bundling to spread, which is a very controversial method. Bundling software is essentially adding additional items to programs as extra offers. Commonly, those extra offers are adware, browser hijackers and potentially unwanted programs. The offers are hidden from users when they’re installing freeware, and they can install alongside without users even noticing. To make the offers visible, users need to opt for Advanced (Custom) settings during installation. Unlike Default, Advanced settings will not only make all offers visible but also allow users to deselect everything. Even if the offers seem useful, it’s not a good idea to allow them to install.

If you did install Driver Support yourself, it may be a good idea to do research prior to installing programs in the future. Had you researched the program, you would have gotten plenty of results recommending its removal.

Should you remove Driver Support?

Driver Support is advertised as a program that will find drivers matching the make and model of the user’s computer. This will supposedly optimise the computer and allow it to work better. However, it does not do it for free.

As soon as it installs, it will start pestering the user with notifications about supposed issues found during a scan. The number will be unusually big to make it seem like the program can be really useful. However, if you try to use the program to fix the detected issues, you would be asked to purchase the full version. It’s not that unusual to have to first purchase a program to use it fully, but PUPs like Driver Support often show fake results to influence users’ decisions. The program is offered at $9.99/month, and that is certainly not worth it.

In general, whether system optimizers like Driver Support are even necessary is debatable. Many users claim that these kinds of programs are useless and a waste of money. Even Microsoft itself has warned against using optimizers with registry cleaning features because they could do irreversible damage.

If you believe your computer would benefit from a system optimizer, there are free, better options available.

We do not recommend buying the program, or even allowing it to remain installing. Instead, you should remove Driver Support from your computer. It would be easiest to use antimalware software or other security program because they are designed to deal with these kinds of infections. It is possible to uninstall Driver Support manually but you may miss something, which could allow the program to recover.

After you get rid of it, pay extra attention when installing programs in the future to avoid polluting your computer with junk programs again.