GMusicPlayer is far from a music player. It will definitely not work in a beneficial way, so the GMusicPlayer removal is highly recommended the moment you spot its entry in Control Panel. Instead of being a useful program, it is the so-called technical support scam and is categorized by specialists as a potentially unwanted program (PUP). This Tech-support scam tries to convince users that there is something wrong with their computers and they need to take action as soon as possible to solve those problems. In most cases, such scams only seek to convince users to call the provided telephone number of the technical support. Do not do that by any means and go to uninstall GMusicPlayer as soon as possible in order no longer be bothered by this scam. Luckily, it is just a potentially unwanted program, so it should not be hard to delete GMusicPlayer fully from the computer. 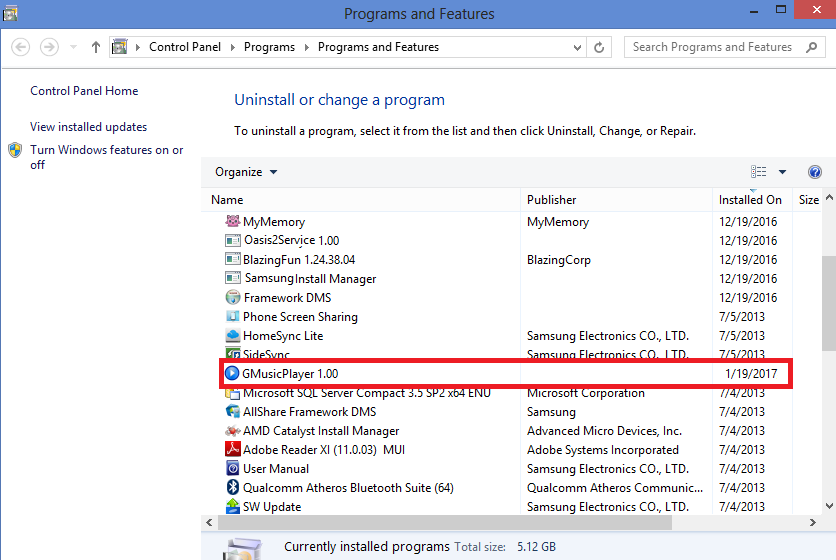 If GMusicPlayer gets installed on the computer, a window that looks like a genuine Windows error appears on Desktop. It contains a text claiming that a serious computer problem has emerged and users need to take action as soon as possible. They are offered to call the technical support to get this problem solved for them. Do not do that by any means and go to remove GMusicPlayer as soon as possible to remove this fake message from Desktop. Contacting the promoted technical support might result in serious problems, for example, you might be offered to purchase an expensive application for fixing the issue and lose your money for nothing. Also, the telephone number of the technical support might not be a toll-free number at all, resulting in a huge bill at the end of the month. Finally, bad people pretending to be experienced specialists might try to get personal information, even online banking credentials, from you. It is always a better idea to eliminate malware from the computer, so go to implement the GMusicPlayer removal right now.

How did GMusicPlayer enter my PC?

GMusicPlayer is promoted as a music player, so some users download this potentially unwanted program from the web themselves. On top of that, it might be installed next to free applications. Finally, it might be downloaded by other untrustworthy programs already working inside the computer. Users who wish to protect their computers from malware should go to install security software on their PCs to protect their systems from dangers other threats might pose in the future.

How can I delete GMusicPlayer from my computer?

GMusicPlayer has an entry in Control Panel, meaning that this technical support scam can be erased like any other ordinary program. If it is still unclear what you have to do, we suggest going to remove GMusicPlayer automatically. It will be easier for you to implement the automatic GMusicPlayer removal rather than try to erase this program manually. There are so many scanners on the web, and it might be hard to decide which one to use, so we have a piece of advice – do not trust tools which can be downloaded from third-party websites.