iOS 14.5 is finally here, and you can now control which apps can track you

iOS 14.5 is finally here, and you can now control which apps can track you

Apple released today its long-awaited iOS 14.5 update, and it’s a game-changer for users’ privacy. This is the update that introduces the App Tracking Transparency (ATT) feature, something that has attracted a significant amount of backlash from the advertisement industry and companies like Facebook. For regular users, however, this feature gives more control over their own data. 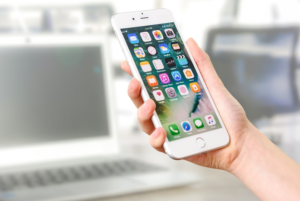 The iOS 14.5 update rolled out today and is now available for download for all compatible iPhones. The updates included in iOS 14.5 are:

And perhaps the most anticipated new feature to come with the new update is App Tracking Transparency (ATT). If you have not heard about ATT, it’s a privacy option that will inform you about an app tracking your activities across other apps and websites, and ask whether you wish to allow this. The alert gives you two options, “Ask App not to Track” and “Allow”. Selecting to not allow an app to track you across other apps and websites means that you should see less personalized advertisements. For example, Facebook will not be able to track what other apps you’re using and what you’re doing, which will make its advertisements much less tailored to you. 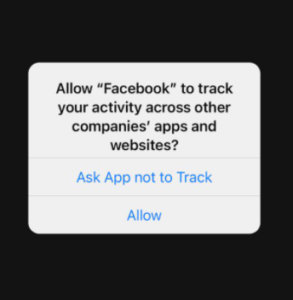 Once you install the iOS 14.5 update, whenever you open an app, you will get a prompt like the one displayed above informing you that the app wants to track you across other platforms. You can choose to allow it to do this or not. You will be able to change this in your Privacy Settings at any time. You can also go to your Settings -> Privacy -> Tracking and toggle off the “Allow Apps to Request to Track” option, which will prevent apps from tracking you but you won’t need to stop each app individually. This feature will be automatically toggled to “on” when you install the update.

The AppTrackingTransparency framework became obligatory for app developers to use starting on April 26, 2021, as Apple explained in a post for developers.

With the upcoming public release of iOS 14.5, iPadOS 14.5, and tvOS 14.5, all apps must use the AppTrackingTransparency framework to request the user’s permission to track them or to access their device’s advertising identifier. Unless you receive permission from the user to enable tracking, the device’s advertising identifier value will be all zeros and you may not track them.

When submitting your app for review, any other form of tracking — for example, by name or email address — must be declared in the product page’s App Store Privacy Information section and be performed only if permission is granted through AppTrackingTransparency. You’ll also need to include a purpose string in the system prompt to explain why you’d like to track the user, per App Store Review Guideline 5.1.2(i). These requirements apply to all apps starting April 26, 2021.

When Apple announced that the App Tracking Transparency feature will be part of the iOS 14.5 update, it ruffled more than a few feathers. Targeted advertisement has long since been a debatable topic, with advertisers claiming that users benefit the most from this, as they are primarily shown ads they would be interested in. However, targeted advertisements are also what bring the most money for certain companies. For Apple, user data means very little as they make their primary profit from selling their tech devices. But App Tracking Transparency is especially bad news for Facebook as ads are its main source of income, and non-targeted ads bring less money. The social media giant in particular was quite vocal in its opposition to the feature. But the outrage from those who make a profit from advertisements is not all that surprising.

On the other hand, targeted advertisements come at the expense of users’ privacy, as they are tracked across different apps and websites. Many users may not even realize that they are being tracked in so many ways. And it has become increasingly clear over the last few years that privacy-cautious users would rather get random ads than those tailored to their interests if it means that companies will not be able to be so aggressive when it comes to data collection.

It should be specified that Apple is not banning apps from tracking users across other platforms, it’s merely giving users a choice whether they want to be tracked. There certainly are users who see the benefit of seeing targeted advertisements, so some percentage of them will allow apps to track them. But for those who value their privacy and prefer non-targeted advertisements, App Tracking Transparency is a very welcome feature.

Whether you choose to allow an app to track you across other platforms is up to you. But at least companies will not be able to make the choice for you any longer.

It appears that for some users, the App Tracking Transparency is not fully functional. According to reports, the prompts to allow tracking do not appear when apps are opened, nor can users turn on/off “Allow Apps to Request to Track” in their Privacy -> Tracking settings. It is not currently clear why exactly this happens but Apple will likely fix the issue soon. So if you are one of the users whose “Allow Apps to Request to Track” option is grayed out, it appears the only option is to wait.