Pavel Durov(Wiki) is best known for creating VK.com, a Russian social networking page, and a messaging app called Telegram. The Russian entrepreneur is certainly an eccentric figure that has been involved in various controversies like tossing paper planes made of money out the window thus causing street fights, running over a police officer, refusing to cooperate with the government, making disrespectful statements in interviews and on personal social pages, and more. 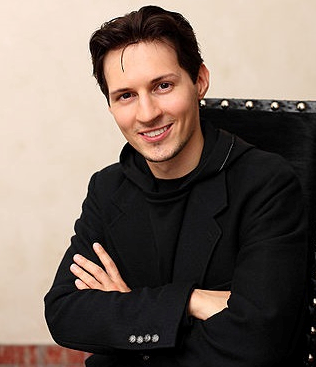 Pavel Valeryevich Durov was born in Leningrad (now Saint Petersburg), Russia. He spent a lot of his childhood in Italy, where his father was employed. The family returned to Russia in 2001. Durov attended the Academy Gymnasium and graduated from the Philology Faculty of Saint Petersburg State University specializing in English philology and translation. In 2006, Durov together with his brother Nikolaj started VKontakte (also known as VK), which is a social networking site, often referred to as the Russian Facebook. The social network quickly became a success and is still one of the most popular networking pages in Russia as well as other countries like Belarus, Ukraine, Kazakhstan, and others. It has an average of 71 million daily users. In 2014, Durov was dismissed as the CEO of the company. Some suggest that this happened because of his refusal to hand over personal details of certain Ukrainian VK users to the Federal Security Service. In the same year, the millionaire fled the country and is now calling himself “the citizen of the world”.

Soon after leaving Russia, Durov founded Telegram, which is a messaging application that is somewhat similar to WhatsApp. Telegram uses two layers of encryption and is supposedly faster and more secure than other apps of the same type, at least according to Durov himself, who also claimed that other messenger apps “suck”. In any case, the application can be used to send photos and other files, create group chats, and more. It also has a special feature called secret chats, where messages self-destruct after a certain period of time. The problem with the app is that is known to be used by terrorists. 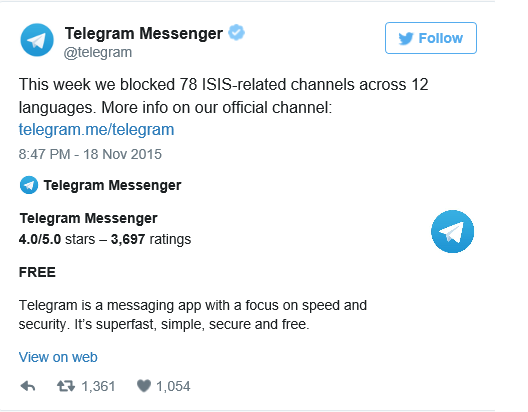 It has been reported that terrorist groups and ISIS in particular are using Telegram to communicate. Although the developers of the app have stated that they have blocked 78 public ISIS channels, private communications have not been impacted in any way. When asked about the issue, Durov explained that providing a secure means of communication for the 99.99% percent of the users that have nothing to do with terrorism is more important than worrying about the terrorists who will always find a way of communication anyway. To top it all off, he stated that the probability of actually dying as a result of a terrorist attack is almost non-existent compared to other accidents like car crashes, and so on. Durov also claims that he did not create Telegram to make profit. If the funds run out, they will ask users to donate or add non-essential paid features to the application, but making money off of it has never been his intention.