FreeCodecPack is advertised as program for viewing various file formats, but is classified as adware by anti-virus programs due to its questionable behaviour and distribution methods. While users refer to it as a virus due to its behaviour, it’s not actually a malicious threat. However, it’s also not something that should be kept installed on the computer. 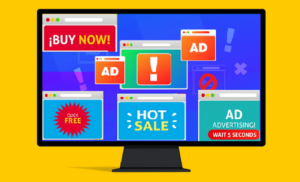 While FreeCodecPack is advertised as a useful program that allows you to view all kinds of different file formats, in reality it’s an adware program that will expose you to an annoying amount of ads. Its overall behaviour and the way it’s distributed is why FreeCodecPack is classified as an adware. Adware is a minor infection, not anything to be particularly worried about, but it is rather annoying. Because of this, a lot of users may refer to it as FreeCodecPack virus. However, it’s not a virus, nor is it dangerous for the computer. But while the adware is pretty harmless by itself, the ads that it shows can sometimes expose users to potentially dangerous content.

FreeCodecPack doesn’t really do anything so there’s nothing that justifies its presence on your computer. All it will really do is interrupt your regular browsing by constantly showing you annoying advertisements. However, you should keep in mind that some of those ads could lead to sites promoting scams or concealing malware. It would be best to avoid clicking on ads until you remove FreeCodecPack from the computer.

It’s very much possible that you don’t recall installing FreeCodecPack yourself and may now be wondering how it happened. The explanation is rather simple. It was attached to a free program you installed, and was able to install alongside without you even noticing. This method is known as software bundling. The following section will explain this in more detail, and we strongly recommend familiarizing yourself with how to correctly install freeware to avoid junk like FreeCodecPack.

FreeCodecPack is advertised on certain third-party download websites, as well as its official website, so users can download and install it knowingly. However, if that is actually the case, users should do more research before installing programs.

Many users will find FreeCodecPack installed but have no recollection of actually installing it. If this is the case for you, you likely installed it via software bundling, which is a method used by developers of such unwanted programs like adware and browser hijackers. Software bundling is basically adding extra offers to programs and allowing them to install alongside automatically without requiring any additional permission from users. The whole method is as questionable as it sounds but it’s pushed as a way to improve the users’ experience. But in reality, all it does is fill users’ computers with junk that’s difficult to get rid of.

Free programs available for download on those third-party program download sites usually come with extra offers attached to them, and those offers usually include adware, browser hijackers and potentially unwanted programs. As we mentioned before, whatever is attached is authorized to install alongside and additional permission is not necessary from users. Furthermore, the offers are hidden, which is one of the reasons why this method is so controversial.

In order to avoid installing unwanted programs alongside the freeware, you need to pay attention when installing programs. When given the option during installation, choose Advanced (Custom) settings instead of Default. Advanced will make all offers visible and allow you to deselect whatever has been added. Some of the offers may seem useful but keep in mind that they’re all essentially junk. And unchecking those offers initially takes much less effort than it does when removing programs.

Is FreeCodecPack harmful to the computer?

As we already mentioned, FreeCodecPack is supposed to be a free tool that allows users to view different file formats. However, the way it works resembles adware more than anything, and it’s one of the reasons why it’s classified as such.

As soon as it is installed, it will attach itself to all popular browsers, including Google Chrome and Mozilla Firefox, and start exposing you to all kinds of advertisement content. Adware’s main purpose is to essentially generate traffic for certain sites, and it does that by exposing you to them. While adware generates revenue, you get nothing but annoying ads out of this.

One of the signs that your computer has this particular adware installed is the ads showing “powered by FreeCodecPack“, “connected to FreeCodecPack“, “ads by FreeCodecPack“, and similar. In addition to the regular ads, there will also be pop-up and redirects, which is the most annoying and worrying part of adware. Pop-ups and redirects can expose you to all kinds of potentially dangerous sites, some may advertise scams while others may prompt you to download malware. This why you should avoid interacting with any ads while adware is installed on your computer.

As you’ve probably already noticed, adware generated redirects are very annoying. It should also be mentioned that they can also expose you to somewhat harmful content. Adware is often responsible for showing tech-support scams which falsely claim that there is something wrong with the computer. These scams usually demand users call the shown numbers to get supposed tech-support to solve the issue, and if users do call, they end up being scammed out of hundreds of dollars.

Another thing we should mention is that adware tracks browsing activity. It’s interested in what sites you visit, what content you engage with, what you search for, your IP address, etc. The information is used to generate tailored advertisements, with which you’d be more willing to interact with. It shouldn’t collect any personal information but it’s intrusive enough to warrant removal.

While it’s not a particularly serious infection, the easiest method to remove FreeCodecPack is still using anti-virus software. Adware can be a pesky infection and thus, difficult to remove manually since you’d have to locate all of its components. So for users who have little experience with this, it’s strongly recommended to use an anti-virus program.