Notifier.exe or AAM Registration Notifier.exe is an executable file that belongs to Abode software and is responsible for notifying users about updates. If you noticed the process running in your Task Manager and were curious what it is, we can assure you that it’s safe. The file is located in C:\Program Files\common files\adobe\oobe\pdapp\uwa\aam updates notifier.exe and is part of Adobe Photoshop Elements 10. Since it’s not part of Windows, you can technically delete Notifier.exe. There should be no reason why you should, however, as it’s unlikely to cause you problems. 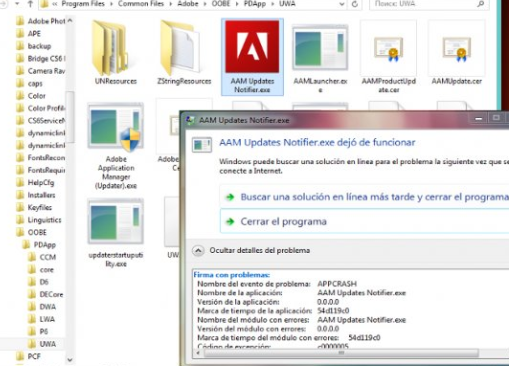 It should also be mentioned that in order to avoid detection and removal for a longer period of time, malware can be disguised as a legitimate file. Even if users were to notice a suspicious process running in their Task Manager, they would google it and get results saying it’s legitimate. Quite a lot of malware does that and the only way to protect yourself from it is to have anti-malware software running on the computer.

Should you uninstall Notifier.exe?

If you only noticed the process in Task Manager and there are no issues, errors or strange computer behaviour, you likely have nothing to worry about. However, if your computer is acting strange and you’re suspicious of Notifier.exe, it would be best to scan the device with anti-malware software. The program would tell you whether Notifier.exe is malicious or not. If it’s detected by anti-malware, delete it immediately.