It has been reported by Europol that an international law enforcement operation targeting airline fraudsters has led to the detainment of 195 individuals, suspected of purchasing tickets using stolen, fake or compromised credit cards. 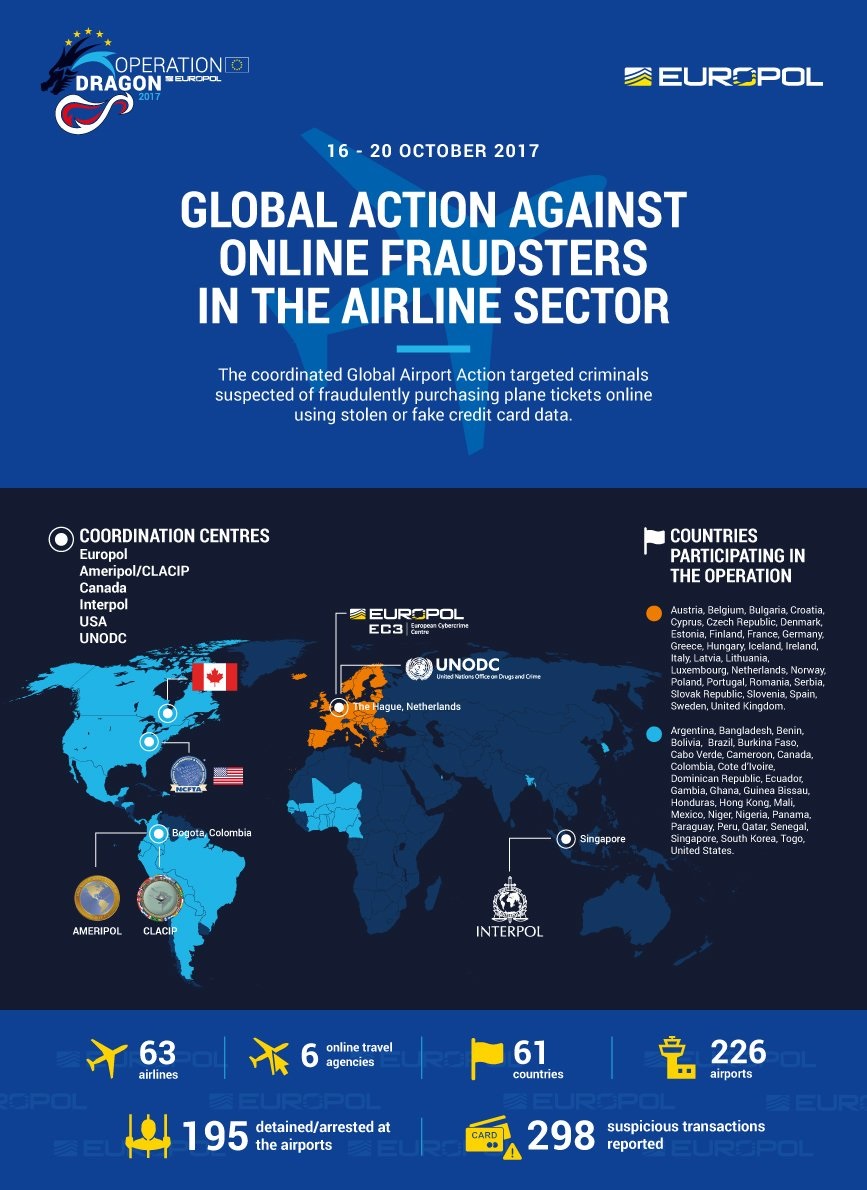 The Global Airport Action Days (GAAD) takes place multiple times a year and involves law enforcement, airlines and travel agencies from all over the world. The most recent operation took place between October 16 and 20, and it led to 195 people being detained or charged criminally. Online air ticket fraud is often linked to other serious crimes such as drug and human trafficking, and illegal immigration.

“Airline ticket fraud poses a range of security issues, and we cannot allow anyone, in particular serious criminals and terrorists, to travel around the world anonymously and to endanger others. This is why Europol, together with its private partners, needs to further extend these global initiatives, allowing for police and the private sector to share information about suspicious online activities to make life as hard as possible for criminals,” Europol’s Executive Director, Rob Wainwright said.

Europol reports that representatives from airlines, online travel agencies, payment card companies, Perseuss and the International Air Transport Association (IATA) collaborated with the EC3, also known as Europol’s European Cybercrime Centre, to pinpoint dubious transactions and point law enforcement officers in the right direction. This led to the identification of 298 questionable transactions, as well as the detainment of 195 people. They were denied boarding, detained and questioned by the police, as well as criminally charged. Among the detained people, there were several who were trafficking drugs from Latin America to Europe.

“GAAD is a horizontal and multidisciplinary operation to fight fraudulent online purchases of flight tickets with compromised credit card data. The public-private partnership concept agreed for this action is the most efficient way of combating online fraud and other serious forms of organised crime, facilitated by ticket fraud, such as illegal immigration, trafficking in human beings, drug trafficking, and others,” Europol explains.