What is Zedge App?

Zedge App is a legitimate app for wallpapers and ringtones. Last week, it was taken down from Google Play Store, and Zedge revealed on Twitter that it was due to a bug in the app. Not much information was provided to users, which caused concern for many users. Many started speculating that the app was taken down for malware-related reasons. Furthermore, users started receiving notifications from Play Protect, recommending them to delete Zedge App because it could attack the system. Since the developers did not release more information for days, it was easy for rumors to start spreading. 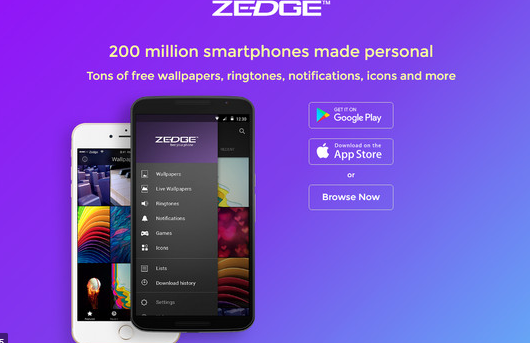 The app is now back on Google Play and after updating, users no longer get Play Protect notifications. According to the developers, the issue was a bug in one of their third-party integrations that caused excessive network latency testing. Whatever the issue was, it seems to have been resolved.

“We experienced being suspended from Google Play for 72 hours due to a bug within one of our 3rd party integrations causing excessive network latency testing. We appealed the suspension to Google, which was approved, and we removed the 3rd party integration and submitted a new version to Google Play. As of now, the situation has been resolved. We apologize for the inconvenience,” the developers have said on Twitter.

So while Play Protect may have warned you about Zedge App being harmful, it seems that is no longer the case.

It’s likely that Play Protect has recommended you to uninstall Zedge App because it “tries to attack other mobile and computer systems”. But it seems the app is back on the Play Store and should not cause issues. However, if you do not feel comfortable with having it installed, remove Zedge App from your Android device.