Reportedly, Amazon-owned video live stream platform Twitch has suffered a massive hack with over 125GB of data leaked online by an anonymous poster. While the legitimacy of the leaked data is yet to be confirmed, it appears to contain Twitch’s source code, 3 years worth of creator payout details, an unreleased Steam competitor from Amazon Game Studios, data on other Twitch properties IGDB and CurseForge, internal security tools, and the entirety of twitch.tv with comment history going back to its early beginnings. 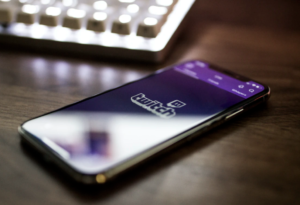 An anonymous poster uploaded the 125GB torrent link to 4chan on Wednesday, and it reportedly contains Twitch in its entirety. The files are currently publicly available for download. While Twitch is yet to respond and the data leak has not been fully confirmed, a reputable source has told Video Game Chronicle that it is indeed legitimate and that Twitch is aware of the hack.

Twitch.tv got leaked. Like, the entire website; Source code with comments for the website and various console/phone versions, refrences to an unreleased steam competitor, payouts, encrypted passwords that kinda thing.
Might wana change your passwords.

The anonymous poster has also reportedly said that the 125GB torrent is just the first part of the content they allegedly have. They have not revealed what they plan on releasing next. The hacker has said that the leak is supposed to “foster more disruption and competition in the online video streaming space” as the Twitch community is a “disgusting toxic cesspool”.

The 125GB data dump allegedly contains the entire source code of the streaming platform with comment history going back to the beginning on Twitch and creator payouts dating back to 2019. The latter will likely be the most scrutinized part of the leak, as it shows creators receiving Twitch payouts as high as $750,000 in a single month.

While this data leak should not impact regular users, a Twitter user who has been going through the data claims that encrypted passwords are also part of the leak. Just as a precaution, users should change their passwords and enable two-factor authentication.

Twitch is yet to confirm the hack.