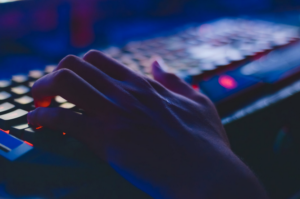 Believed to be the world’s largest illegal marketplace, DarkMarket has been taken down over the weekend, Europol reports. DarkMarket, a name shared with another cybercrime forum that was shut down in 2008, reportedly had almost 500,000 users and 2,400 sellers, and mainly traded drugs, counterfeit money, stolen credit card details, anonymous SIM cards, and malware. With over 320,000 transactions, around €140 million in cryptocurrencies bitcoin and monero was exchanged on the platform. The DarkMarket marketplace was founded in 2019 and was created by a man now believed to be a 34-year old Australian citizen.

The takedown of DarkMarket place was a joint effort by Germany, Australia, Denmark, Moldova, Ukraine, the United Kingdom (the National Crime Agency), and the US (DEA, FBI, and IRS). Europol provided support with specialist operational analysis and coordination of cross-border collaborative efforts of the involved countries.

The alleged operator of DarkMarket was arrested by Germany’s Central Criminal Investigation Department near the Germany-Denmark border. Investigators, led by the cybercrime unit of Germany’s Koblenz Public Prosecutor’s Office, were able to locate the marketplace and shut it down. All servers have since been taken down, including more than 20 servers in Moldova and Ukraine. The investigation will now focus on identifying the moderators, sellers, and buyers.

“The investigation, which was led by the cybercrime unit of the Koblenz Public Prosecutor’s Office, allowed officers to locate and close the marketplace, switch off the servers and seize the criminal infrastructure – more than 20 servers in Moldova and Ukraine supported by the German Federal Criminal Police Office (BKA). The stored data will give investigators new leads to further investigate moderators, sellers, and buyer,” Europol said in a press release.

According to the Guardian, DarkMarket first caught the attention of law enforcement during a major investigation into web-hosting service Cyberbunker that was located in a former NATO bunker in Germany. Cyberbunker was known to host torrent website The Pirate Bay, as well as multiple WikiLeaks mirrors.

Law enforcement is cracking down on darknet marketplaces

Multiple large illegal marketplaces have been taken down in the past couple of years, as law enforcement agencies all over the world are cracking down on illegal activities. Europol’s European Cybercrime Centre (EC3) has even established a dedicated Dark Web Team that cooperates with EU partners and law enforcement agencies across the globe to deal with crime on the dark web.

Wall Street Market, the world’s second-largest dark web marketplace at the time, was taken down by another Europol police investigation in 2019. Three suspects were arrested, allegedly the operators of the illegal marketplace. Wall Street Market had over 1.15 million users and 5,400 sellers of drugs, malware, and other illegal items. According to certain reports, at the time it was taken down, the marketplace was already facing internal issues as the owners took off with stolen money, users were blackmailed by staff, and high-level credentials were leaked online.

Another major dark web market place Empire Market has also disappeared mid-2020, though it’s unclear if it was brought down by law enforcement or if the operators took off in an exit scam. The owners remain unidentified.