appmodule.exe seems to be associated with a cryptocurrency mining trojan. Cryptocurrency miners are trojan infections that use computers’ resources to mine for cryptocurrency like Bitcoin and Monero. These infections don’t do long-term damage to the computer but are very disruptive while installed. The trojan’s extensive usage of computer’s resources means that the computer will run much slower than normal, programs will take much longer to load and once they do they will crash or not work properly. This makes trojans very noticeable, and users will be able to detect their presence immediately. The reason you’re reading this is likely because you noticed your computer acting weird and saw appmodule.exe running in your Task Manager with high CPU usage. Along with the above mentioned computer usage disruptions, signs of a mining trojan being present also include a process in Task Manager using more then 50-70% of CPU. 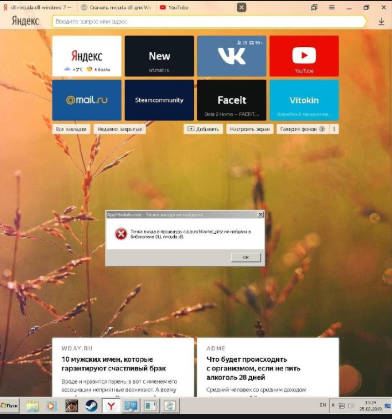 To remove appmodule.exe, you will need to use anti-spyware software. We don’t recommend trying to remove it manually because you could end up making the situation worse. Once the infection is no longer present, your computer should go back to normal.

Malware like trojans are often found in torrents for popular content and software cracks. This is especially the case for torrents of popular TV series, movies and games. Malware operators are fully aware of how carelessly users download torrents and use that to their own advantage by disguising their malware as popular content. This is why we discourage you from using torrents or downloading software cracks, as you are not only essentially stealing but also endangering your computer. However, if you insist of doing it, at least only download content you are certain is secure. Read comments, check contents for unusual file extensions, and don’t open anything suspicious.

Malware also often comes attached to spam emails. By opening the wrong email attachment, you could end up with all kinds of infections, much worse than mining trojans. Those malicious emails are usually pretty obvious as long as you’re paying attention. Malicious senders often pretend to be from legitimate and known companies/organizations, and claim that opening the file attachment is essential. However, if you were to check the email address from which the email was sent, it would be made up of random numbers and letters. The emails are also usually full of spelling and grammar mistakes, even when the emails are claiming to be official correspondence. We recommend you be cautious with all unsolicited emails with attachments, do not open the files unless you are absolutely sure it’s safe. Scan the attached file with anti-malware software or a service like VirusTotal to know definitely whether a file is safe or malicious.

appmodule.exe seems to be part of cryptocurrency mining malware. If you find it running in your Task Manager and it’s using a lot of your CPU, you computer is currently being used to mine cryptocurrency. While your computer is infected with malware, the situation is not as bad it may seem. The cryptominer is likely only mining cryptocurrency and doesn’t intend to do harm. However, that does not mean you should allow it to remain installed.

As long as it’s present, your computer will be running much slower, programs will crash all the time, and you won’t be able to use your computer as normal. This happens because the miner uses up the majority of your computer’s resources. While not particularly harmful long-term, there is no reason why you should put up with this.

Unless you are fully aware of what you are doing, we don’t recommend trying to delete appmodule.exe manually. You could end up causing more damage. Instead, you should use anti-malware software. The program would detect and uninstall appmodule.exe, without you having to do anything. Once the infection is gone, your computer will go back to normal.